Good Christmas music is as important as good food and good decorations. Several Christmas songs are a must include in your playlist to set the festive mood. So, if you too are making a list of the Christmas songs, consider different ones from the classics, funny, pop, and others. To help you make that perfect list, we have shortlisted a few popular Christmas songs as below.

The song was originally written by Jimmy Boyd but the version by version by Jackson 5s cover is very catchy and interesting. The song has funky beats and vocals along with the conversations in the background. This is one of the best Christmas songs loved by all.

02 All I want for Christmas is You by Mariah Carey

This song earned Mariah Carey the title “Queen of Christmas” and this is one of the best and the most popular modern-day song in the Christmas songs list.

Another must-have in the list of the classics is Last Christmas which got popular owing to its pop-tune. The song was composed by George Michael and Andrew Ridgeley. One interesting fact about the song is the fact that though it was released in the year 1984 it came on the top charts in the year 2017.

The song features Cindy Crawford as Jon Bon Jovi’s love interest and this ballad has become the top ones in the classic list.

The song brings the real holiday feel and with Karen Carpenter’s voice, it becomes even more special. So, this holiday season, including this one in your list to have some special time with your friends and family.

This Willie tune is another must-have for all country music lovers. The music will set the mood right for the festive season.

07 Santa Claus is Comin to Town by Bruce Springsteen

Your Christmas music list would be incomplete without adding this Bruce Springsteen’s title. The song will soak you in the real festive feel.

From the popular movie The Polar Express, this song has become essential for the Christmas music list.

09 Step into Christmas by Elton Johnn

This is an interesting song about the reindeer by Harry Connick, Jr. The kids are also greeted at the starting of the song by Harry.

Let’s add some fun this Christmas by including the following top ten Christmas songs in the funny list.

01 Grandma Got Run Over by a reindeer by Elmo & Patsy

This is an interesting song from 1979 where the chaos adds the fun element. In the song, the grandma gets hit on the holiday nog when she needed the medication. On the way back home in the snow, the grandma is hit and the suspects are the reindeers of Santa.

The song is very interesting when a girl asks for her lost front two teeth as a Christmas gift as she is not able to wish her dear ones.

03 Father Christmas by The Kinks

An interesting song where Kinks addresses the elephants in the room. The song portrays the tale of a person who works as a mock Santa and is then robbed by the rowdy kids.

This is another one on the list and the song shows the Christmas Story where the path of enlightenment is through a banana peel.

05 A Christmas Carol by Tom Lehrer

This is a song by Tom Lehrer who was a known satirist and a musical comedian. This song from 1959 features incisive cultural commentary with witty wordplay and also about the reindeer poop joke at the end.

06 Hey Sis, its Christmas by RuPaul

This song is about all those people who want to celebrate Christmas on the dance floor instead of having dinner at the fireplace with the family members.

This is just the right song for all those who do not have a snowy festive season with Frosty not going well in the neighborhood. The song is from the Crazy Ex-Girlfriend is for you which is a comedy series.

08 We’re coming to your house by the Three Stooges

This song by the Three Stooges is perfect to bring a smile to people of all ages which portrays hosting terrible house guests.

The song was written by Thompson, Bryan Tucker, and Rob Klein and performed by Kenan Thompson in the 2015 SNL bop.

10 I want a Hippopotamus for Christmas by Gayla Peevey

This is a goofy holiday music title written by John Rox and was performed by Gayla Peevey in the year 1953. In the year of its release, the song was on the 24th number at the Billboard magazine's chart of the top pop.

In addition to the above, there are many more Christmas songs YouTube you can check out.

If you want to make some personalized video this Christmas for your friends and family then we recommend Wondershare VidAir is an apt tool. Using this software, you can create wonderful and professional-looking videos quickly and easily. You can even add one of the above listed or any other music to your desired video. Several templates in different categories including Christmas are also available at the site that can be completely customized to make your own personalized video. The tool is free to use but if you want watermark-free videos in 1080p resolution, you can opt for the paid version that also offers 2GB of free cloud storage.

So, get yourself Christmas ready and select the songs to make a perfect list for enjoying the holiday season. For video making, use of Wondershare VidAir, and the program will get your task done hassle-free and in no time. 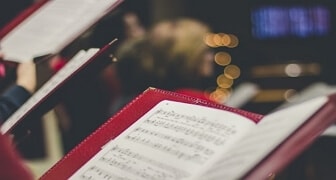 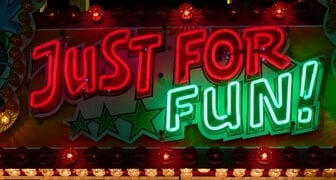 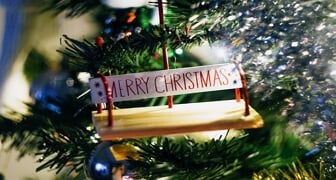 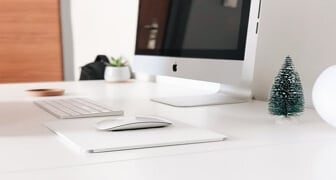